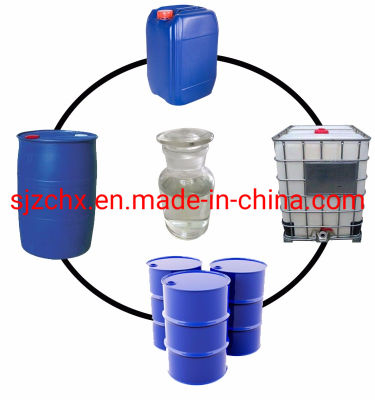 Application editing
1. Used as emulsifier, moisturizing agent, moisturizing agent, thickening agent, pH balancer in cosmetics (including skin wash, eye gel, moisturizing, shampoo, etc.). In cosmetic formulations, it is used to neutralize fatty acids to form soaps, and to neutralize sulfated fatty acids to form amine salts. Triethanolamine is a commonly used emulsifier in cream preparations. The cream products emulsified with triethanolamine have the characteristics of fine paste and bright white paste. The colloidal phase formed by triethanolamine and higher fatty acids or higher fatty alcohols has good stability. The quality is stable, and the proportion of additional ingredients is high. Triethanolamine is the most commonly used neutralizer for acidic polymer gels containing carbomer. Triethanolamine forms a stable polymer structure by neutralizing the carboxyl group of carbomer to achieve the application effect of thickening and moisturizing.
2. Adding triethanolamine to the liquid detergent can improve the removal of oily dirt, especially non-polar sebum, and at the same time, it can improve the decontamination performance by increasing the alkalinity. And has excellent compatibility.
3. As a curing agent for epoxy resin, the reference dosage is 12-15 parts (mass fraction), and the curing conditions are 80°C/4h or 120°C/2h. It can also be used as a vulcanization activator for natural rubber and synthetic rubber, as a polymerization activator for nitrile rubber, and as a lubricant and anti-corrosion additive. The long-chain fatty acid salts of triethanolamine are almost neutral and can be used as emulsifiers for oils and waxes.
4. It is used as a complexing reagent for aluminum ions in solution. This reaction is usually used for complexometric titration with another chelate (such as EDTA, which can form stable complexes with most metal ions). Specific ions in solution are "masked" (not allowed to participate in the titration).
5. Triethanolamine and its salt solution are used as engineering admixtures and early-strength agents (0.1% of the total mass) in the grinding process of cement clinker, which can not only prevent the aggregation of particles and the air cushion effect during the grinding process, but also improve the cement production process. The fluidity and packing density can be improved, and the power consumption of the pulverizer can also be reduced. However, it remains an open question to what extent heavy metals and radioisotopes in triethanolamine complexed cement matrices can increase their solubility.
6. Oleic acid triethanolamine ester produced by the reaction of triethanolamine and oleic acid under high temperature catalyst conditions is an important preparation component for corrosion inhibitors in mechanical processing industries such as boiler water treatment, automobile engine coolant, drilling and cutting oil. Protects metal surfaces from oxidation.
7. It can be used as a stationary liquid for gas chromatography.
8. Used as a high-efficiency chelating agent for various heavy metals.
9. It can be complexed with zinc in alkaline zincate galvanizing, improve the cathodic polarization of the plating solution, and make the coating crystallized finely. If the content is too high, the deposition rate will be reduced. If the content is too low, the coating will be gray and rough, and the dispersion force will be Poor, the general content is 20 ~ 30ml/L. However, the high viscosity of triethanolamine reduces the upper limit of the current density of the plating solution.
10. It is a good solvent and hygroscopic agent in the textile industry. It is the raw material of fabric softener.
11. As an industrial gas purifier, it is used to remove acid gases such as hydrogen sulfide and carbon dioxide in waste gas treatment.
12. Triethanolamine is included in the Chemical Weapons Convention due to its use in the manufacture of nitrogen mustard gas.
13. Others: medicinal excipients. Can be used as a solvent for casein, shellac, dyes, etc. It can also be used as fiber treatment agent, anti-corrosion additive, plasticizer, photographic developer additive, engine carbon deposition inhibitor, etc. Used as plasticizer, neutralizer, lubricant additive or anti-corrosion agent and dispersant for dyes, resins, etc. It can also be used as synthetic surfactant and stabilizer.

Send your message to this supplier

People who viewed this also viewed